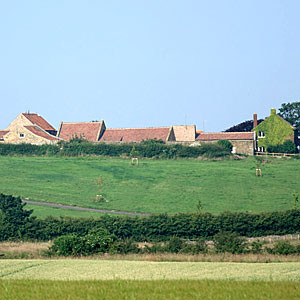 Contrary to popular belief, there is no formal Green Belt around Liskeard. The nearest is actually around parts of Bristol!

The  Green Belt concept is a very special statutory land designation that was originated in 1935 by the Greater London Regional Planning Committee. It proposed there should be “a reserve supply of public open spaces and of recreational areas and to establish a green belt or girdle of open space” around London.

This was taken up by the Government in a 1955 Circular, which first set Green Belt policy rules and extended the idea to other areas.

Since then Green Belt designations were made around 24 major urban cores that were sprawling across the English Countryside and threatening to coalesce into their neighbours. These include places like Bournmouth, Bristol, and Bath in the south west, the West Midlands, Manchester etc.

According to the National Planning Poilicy Framework, the fundamental aim of the Green Belt is to serve five purposes:

The green land around Liskeard is undoubtedly very attractive but has no such special designation, and therfore has no special protection from development.

Some land around ½ mile or so away, to the west and south, is an Area of Great Landscape Value (originally defined by Caradon District Council in the 1980’s), and has some local protection, but none of the land that is immediately adjacent to the Town has any landscape designation.