Over 150 people recorded their views about the future of Liskeard at our Have Your Say mini-exhibition at Liskeard Morrisons on Saturday 26th July.

During a hot and busy shopping day lots of people took an interest, with many spending quite a few minutes to talk about the issues that concern them. We hope the ice-cream in their shopping baskets didn’t melt whilst they chatted to us!

Most of the people we spoke to were from Liskeard, but there was also a strong  representation from the surrounding countryside and villages.  Many of these expressed views as to how Liskeard could become a more attractive shopping and service centre.

This event draws to a close the community engagement and awareness raising period of the Plan. Next we’ll be building the ‘evidence base’  of statistics and facts about the town, before going on to develop the Plan strategy to deliver what people have said they’d like to see. Later this year we hop to be out and about again seeking views on the Plan proposals and policies.

Incidentally, the Neighbourhood Plan Team members present noted that during the later afternoon many of the visitors coming past the display were tourists, not only from the UK but from all over Europe. That must be good for our economy.

And finally, thanks to the lovely family who spotted that we were rather hot under the glass canopy, and donated a spare ice-lolly to cool us down! 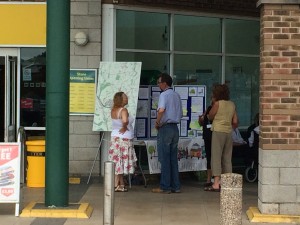 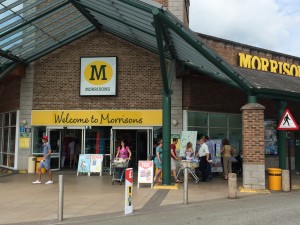